Noise can be harmful. Exposure to noise increases stress levels which leads to raised heart rate and blood pressure. The University of East London had been conducting a study that examined how exposure to noise may adversely affect the cardiovascular systems of children and adults.

To carry out their research, the Research Center built a portable electrocardiogram (ECG) device for the participants in the experiment. This device was designed to record heart rate and individual noise levels. With these records, researchers could analyze how different noise levels affect heart rates and heart rate variability (HRV).

The research team was looking for an experienced development company that could build firmware for their ECG wearable device. They also needed to create an application that could provide data visualization capabilities for further heart rate research.

Integra Sources provided firmware development so the ECG device could perform its function: record the data from all its sensors and send this data to mobile phones via Bluetooth where it is displayed in real-time. We also provided Android mobile application development for our client.

Participants in the experiment (children and adults) are equipped with a wearable ECG device placed on their skin. As they go about their day, electrical impulses released by the heart are picked up, processed by the microprocessor and recorded. At the end of the day, the participants come back to the lab where the researchers take off their ECG devices and study the heart's electrical activity in response to environmental noise, including from road traffic and aircraft.

The main job of the firmware is to enable data transfer from the wearable ECG device to Android smartphones via Bluetooth 4.0+ in real time. As soon as the data arrives at the smartphone, the GPS coordinates of the phone are added to the data package. The device collects the data from the following sensors:

We needed to implement a continuous data transfer. To make it possible for the ECG device to keep the data when the connection with a smartphone is lost, we implemented an internal flash memory. It's used as a buffer for temporary storage of data.

Another major tech challenge was related to the data transfer speed that Bluetooth channels could handle. The required speed was 2MB/sec. But after we made our calculations, the realistic speed appeared to be lower – 2-3KB/sec in that particular case. To optimize the data transfer rate our team implemented compression achieved by encoder and decoder.

With the wearable ECG device and a user-friendly mobile app, it became possible for scientists to perform their research and investigate the effects of noise exposure on children and adults’ blood pressure and heart health.

Integra's team helped us clarify our requirements and change systems architecture to achieve the final goal. I'd say that the flexibility and enthusiasm of both engineering and management teams throughout the whole project were some of the things we value most in our collaboration. 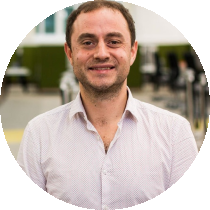 The device is a plastic bracelet designed for patients at military hospitals and clinics in the USA. It notifies hospital staff about an emergency with the patient's condition

The app uses computer vision algorithms for processing images of a mole and detecting malignant melanoma. We achieved 80% diagnostic accuracy without any machine learning methods